Everyone wants to maximize the number of people to whom they are married.

This model reaches equilibrium when all women are married to all men.

The graph along the top shows how many spouses each square has. The bars in the graph represent squares, arranged according to size (income).

The list under the graphic dynamically lists marriages and divorces as they occur. This list will be different each time you run the model because the order in which squares collide changes, even though every square will eventually collide with every other square.

The models reach equilibrium when no one can improve upon their current marital arrangement. These plots show the marriages that exist when each model reaches equilibrium. Each red dot represents a marriage between the man on the x-axis and the woman on the y-axis. The blue plot shows the income of people with the most spouses at different levels of marriage efficiency. 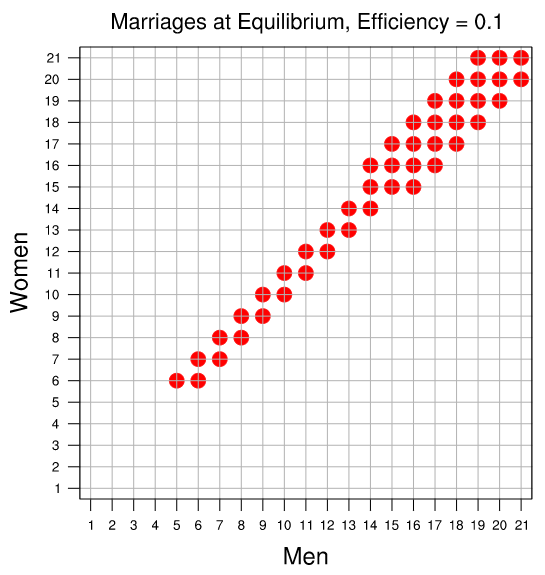 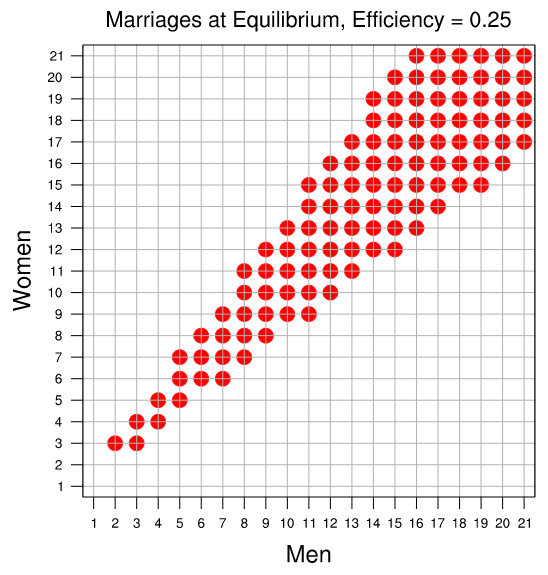 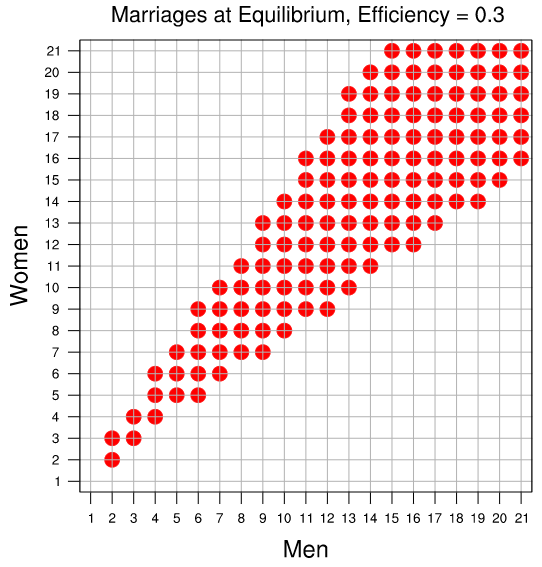 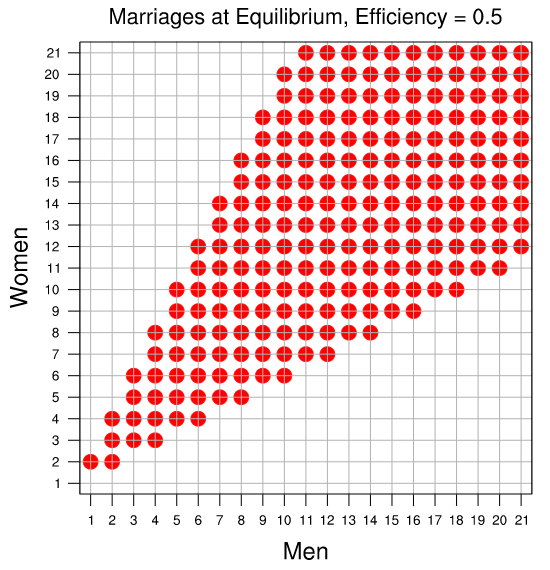 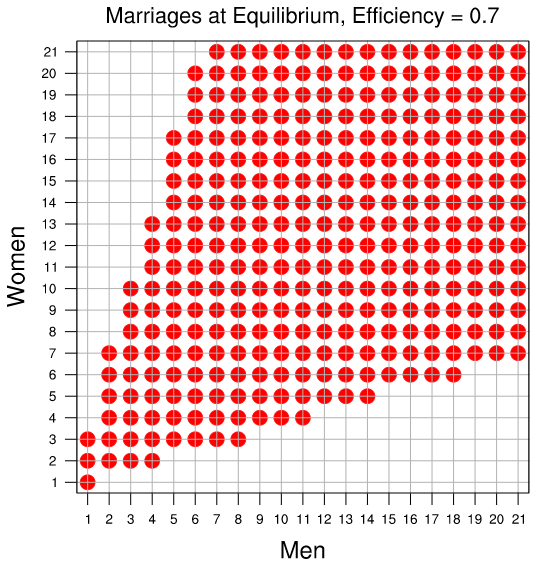 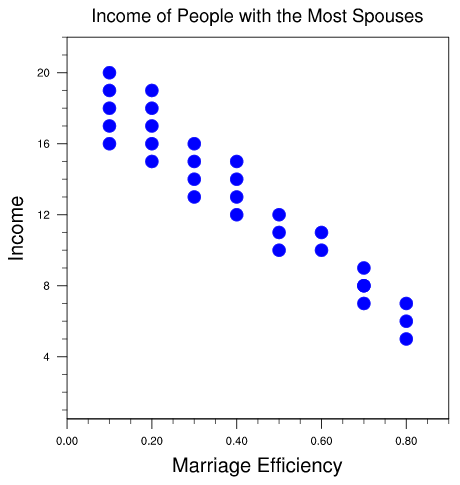